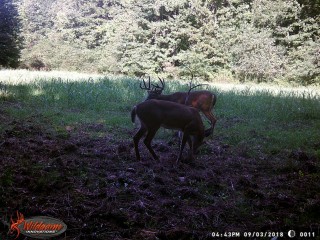 Not gonna lie, had been using this stuff since the end of July with no success then BAM!!! Now they come every other day. Can't wait til the season opens & that grand day. 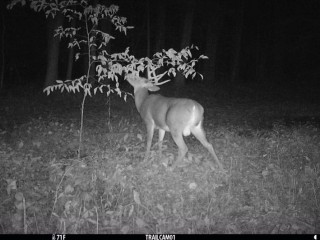 Put this is out two weeks ago and the deer went right to it. There are plenty more pictures that I have, couldn't be happier with this product. 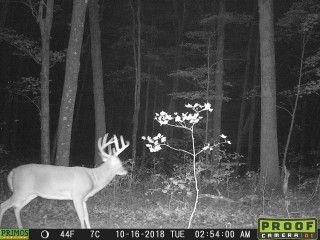 This system is the real deal. I was nervous and very hesitant. But let me tell you I am glad I did. I got 49 photos in 48 hrs in a spot that usually only produced 6 or 7 a day. it took me 10 minutes to set up. I love it and will be purchasing another one.

Such great customer service! I forgot to move my setup and the brush mower ruined some parts. I contacted them asking for a replacement coil and they sent a full new setup to me for free! Really great communication and fast shipping. #SupportSmallBusiness

We put out a licking stick setup and within a day we had multiple bucks visiting and using it! We also didn't receive 2 stakes so we contacted them and had them withing 4 days! Absolutely great people to deal with. If you are on the fence about this product, get off of it and buy it!

I placed one of these in a small field where I have a ground blind set up. I set the licking stick up around noon and decided to sit in the blind that same evening to see how the deer reacted to it. I had a total of five does come through the field that evening and three of the five worked the licking stick. It hadn't been set up for 4 hours and the deer were using it like it was the natural thing to do. I was pretty impressed to say the least. I've had several bucks in this area as well, I can't wait to check the cams and see how they take to it. 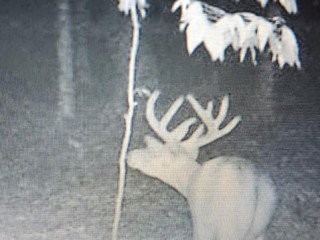 Off to an incredible start scouting this season thanks to HODAG. Every stick I have out has multiple large bucks checking it out. My hit list is growing every week. This is by far the best tactic I have used in over 20 years of hunting to inventory deer.

I had a question about my shipping, I called them before their business hours, I received a call as soon as they opened up. Not only did they call me back and answered my question, the customer support I received from them on other install questions I had was exceptional. These people simply want all of their customers to have a better hunting experience.  Being able
to physically talk to someone from their company about my questions really went a long way. I can not wait to install them and see the results!

Was questioning whether to order the licking stick because of so many fake products out on the market. I can tell you this product 100% works. Set the licking stick system out and within 3 days deer were all over it, including bucks that have not been on trail cam before.

Over 1498 photos of bucks and does in one month checking out the licking stick. I have never seen so many deer on camera near my stand. My dad and brother are so jealous and I am loving it. I set this up with my 3 year old on Labor Day and did not check the photos until October 1. So excited for the 2019 season.

I got one of these two weeks ago. I put it out first of October and I have trail cam pics of deer hitting it every day. Was skeptical of it and even more of where I put it. But let me tell you it is for sure doing what it was advertised to do. Could not be happier with it.

Bought it today and put it out,wow with less then one hour I had three bucks one of which was a shooter and the biggest on a property so far this year. I thought it was a bunch of bs but sense I got home after what I seen tonight I have called all my buddies to try this stuff out. 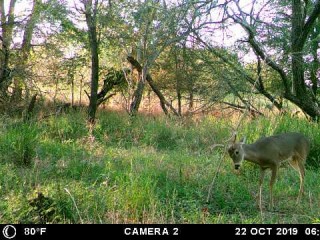 This thing works for sure! Now that the rut is starting to gear up, I'm betting there will be even more action on it. Does have been hitting it pretty hard recently. This evening a buck stopped to make a rub on it.

Bought the Hodag Licking Stick back in mid Oct but I have to to say I was very skeptical! Well, that's NOT the case anymore!! Got one put out on a Tues and decided to check it that Fri when I was out there hunting. Was blown away with how quickly the bucks in that area took notice of it. 10 different bucks had taken to it in just 3 days and have coming back ever since. Needless to say I quickly ordered another for my other hunting spot and another for my nephew for Christmas!

Put them out and they really work. I put them out october 1 and have had activity throughout the season so far. its november 8 and they are still working the sticks!

I have one of these in every food plot and a few set just off runs. i get so many beautiful pictures of deer. really happens to inventory whats around. I started using the hemp rope for scrpes last year as well and the bucks were all about it!

Awesome product! It was shipped incredibly fast and it it easily installed! It's the perfect tool to get deer where you want them. It's user friendly and extremely durable. You can't go wrong here folks!

This company and Jeremy Moore are nothing but class. I bought a couple of his licking sticks last year. He answered all my questions very quickly and thoroughly. I highly recommend this company and their products!

I purchased two licking sticks bases to place in two of my food plots to draw the deer in closer to my stand locations. I set up trail cameras on both of them and within 1 day I had several deer hitting the licking sticks. Great product and I would highly recommend it to anyone that is trying to get deer in a food plot closer to where your stand location is to get that 20 yard shot they are looking for.

Just buy it. It works and you won't be disappointed.

These are a game changer! I have put one in every plot. The number of deer that use these is unreal. It's works for so many great things. In a plot it gets the deer to the perfect shooting lane and it draws deer in for a great way to Inventory what you have on your land. One of the best new Hunting products in a long time!

I just have to say that the licking stick company has gone above and beyond to help me out! I had ordered one of their products and the shipping got all messed up and the package didn't get to me due to an address issue...(my mistake)... It turns out that the package got sent back to them "the sender", and was waiting for pickup at their local post office. They not only went and picked up the package, but also paid the extra shipping cost for me that was needed in order to get the package back so that they could send it back out to me! Their customer service was second to none! Very very helpful and kept in close contact with me. Thanks again! I will definitely do more business with them in the future!!

This is just one day's worth of activity at 1 of 5 licking stick sites I have out. I knew the product would work but I didn't expect this much activity this quickly. I'm a believer and you should be too.

I placed one of these in a small field where I have a ground blind set up. I set the licking stick up around noon and decided to sit in the blind that same evening to see how the deer reacted to it. I had a total of five does come through the field that evening and three of the five worked the licking stick. It hadn't been set up for 4 hours and the deer were using it like it was the natural thing to do. I was pretty impressed to say the least. I've had several bucks in this area as well, I can't wait to check the cams and see how they take to it.

Ok! I bought 2 baseplate and springs and 4 bottles of the scent. I told my girlfriend it's probably just another gimmick and just attract the hunts! So! I put them out scented the tree limbs up and put up trail cameras. A week later I went back and pulled sd cards and resented. After reviewing the pics about 300 of them and probably 90% were of deer smelling, licking, and rubbing the limbs!!!! I would never endorse or put up a review if I wasn't a firm believer in the product! We had deer on the product 1 hour after putting them out! Highly recommended!!!!!

Less then 24 hours of set up deer are going crazy over this thing... What a simple great idea. Highly recommend this product.