Trail Cameras and the Power of Video Vs. Stills

How to Improve Your Scouting Strategy

Trail cameras have been a revelation in the hunting world, helping us to better scout and pattern deer. Now advancements like cellular cameras, hunters can get instant alerts as to what's going on in the woods when they aren't there. However still images capture a micro-fragment of what's going on, just like a page from a book does not tell the whole story. Most cameras are customizable, allowing hunters to control intervals, recording lengths, and sensitivity settings. Though stills and videos both accomplish the same general goal of letting you know what's in front of your camera, one remains superior.

Initially I used still images to improve my scouting strategy, but no matter what camera and settings I used my SD cards were filled up with blurry racks, cutoff heads, and missing pieces to the puzzle, leaving more to be desired. I was worried about low quality videos filling up my cards, capturing the infamous moving leaves and branches, but I decided to give it a shot anyways. The results were more valuable than I could've imagined and showed the true difference between stills and videos. 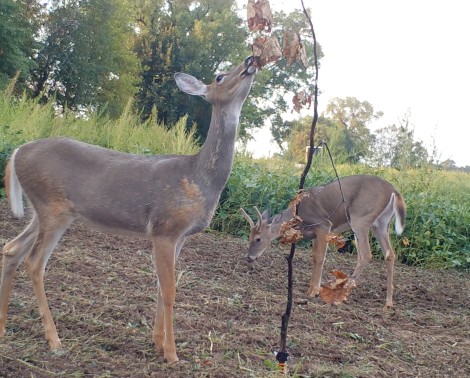 Since I was young after every long unsuccessful sit, my Dad has told me that a season can change in a matter of seconds. If a hunting season can change in seconds than imagine what happens in front of our cameras between picture intervals. The third buck in a bachelor party, the rack behind the hot doe, and the exact direction a deer appears from are all missed pieces of information that can be vital to a hunter's success. 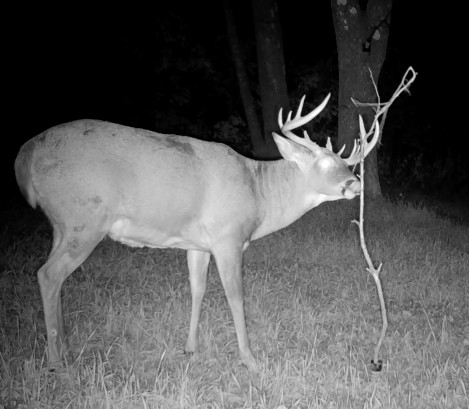 Here at HODAG we sell products whose success on store shelves depends on our ability to capture deer using them. We utilize both cell cams and cameras set to video on every setup to get both instant feedback and valuable scouting information. Using this strategy, we have a unique opportunity to see the difference of information gathered by each one. A blurry still of a buck on the edge of a food plot vs. a closeup of a buck's antlers feeding, a picture of a deer's tail vs. a video of a deer's bedding direction, and a buck walking near a mock scrape vs. a video of a buck working it (one to show your hunting buddies). The amount of additional information that can be gained from video may be the missing piece to put our hands on the antlers of a mature buck. Think that old saying should be changed to "Pictures are worth a thousand words, but videos are worth a thousand pictures."

For HODAG products to get better pics and videos: HODAG Store