A Northern Wisconsin Buck Tale: How One Buck Changed our Northwoods Deer Camp

"How One Buck Changed Our Northwoods Deer Camp"

Deer camps of every shape and size can be found tucked away along the backroads of northern Wisconsin. These camps are filled with stiff drinks, good food, card games, and laughter. Those who have been part of these historic camps can picture the walls lined with spike buck mounts, shot during a time when horns were an afterthought, and meat on the table was the only concern. The Quality Deer Management revolution has since become prevalent throughout many camps, while others remain the same. QDM is a management strategy that is easy when thousands of acres can be managed, and the bucks are safe to grow and mature. In reality, it's effectiveness often relies on your neighbor's trigger finger as much as it does your own. Passing young bucks, only to see them on the back of a pickup or a pile of bones from a wolf's last meal, is the reality of most QDM situations. How can you try to manage your own deer without taking away another hunter's traditions? This is an issue that exists in more places than just northern Wisconsin. 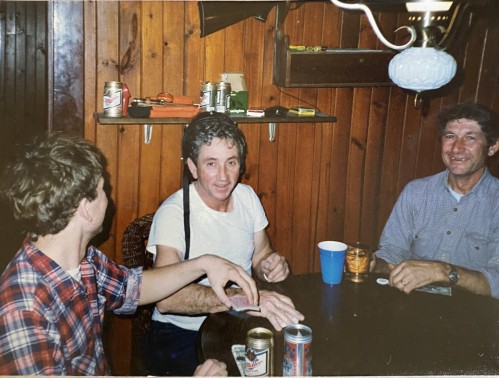 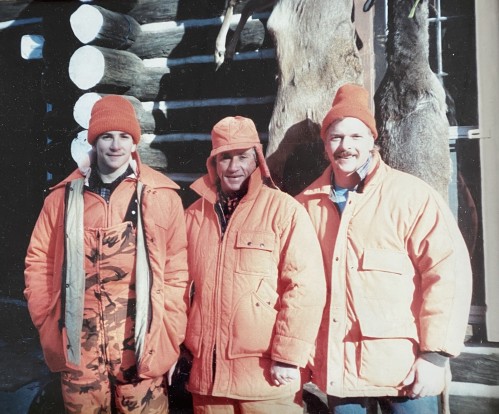 For years our deer camp's QDM has been a loose practice, predicated on a buck having 8 or more points to shoot. The result: a buck pole filled with young 8-point bucks, taken well before their prime. It was decided that we would rather wait for a great buck than shoot an average one every year. We didn't decide what deer to shoot based on the size of their body and how old we think they are. We agreed that the deer would have to be worthy of a trip to the taxidermist in order to shoot. A simple practice, but one that's difficulty is only known by those hunting less than prime land and less than great genetics, as can be seen throughout much of the northwoods. However, "taxidermy worthy" is a subjective measurement based on one's own idea of a trophy buck and we were okay with that. Afterall, our deer camp was started to share the enjoyment of hunting with friends and family, not to "raise elk" as my grandpa used to say. 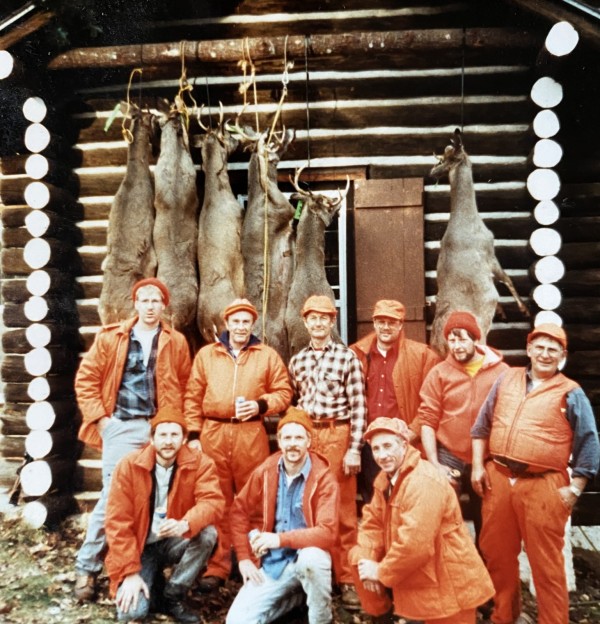 The story of "Larry" begins in 2020, which happened to be the first year we started this new management strategy. A nice (by our standard) 9-point buck with large G-2's who had broken its G-3 in velvet, making it stick out at a 90-degree angle. The name "Larry" came from this tine, as we laughed about how it looked like Packer Legend Larry McCarron's pinky finger. If you don't know the reference, google at your own risk. "Larry" was a rockstar while in velvet, showing himself on almost every camera on our property. When the velvet disappeared, so did "Larry". As the rut began, he reappeared under a HODAG Licking Branch working a scrape and claiming his territory. He was seen by multiple hunters during the final weeks of archery season but could not be deterred from a hot doe's trail. Gun season came and went with no trace of him. We feared the worst, and kept little hope that he would show back up the following year. 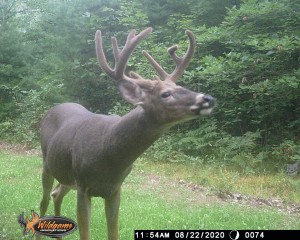 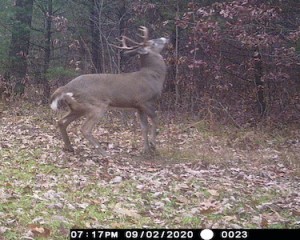 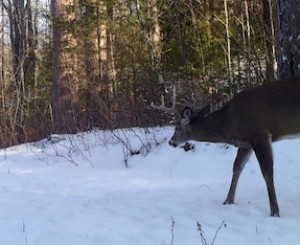 The 2021 summer came fast, and we worked harder than ever to make changes to our property to better our chance at the elusive northwoods buck. This included more food plots, stands, trail cameras, and HODAG Systems to hold and keep track of the bucks that frequented our property. Then it happened.... we got a picture of a deer with unbelievable G-2s and massive 8 point frame. When the pictures were sent to the members of our deer camp, a few responses came back saying "good joke" and "nice try" thinking they were being tricked with a fake picture. We had no doubt in our mind that "Larry" had made his return as a certified stud. He continued to show up throughout the year on HODAG Licking Sticks located in our food plots. "Larry" was seen on stand in September, working his way across one of our larger food plots and stopping to check out a HempScent Rope along edge of the woods, just outside of bow range. The encounters we had during early season reassured us that our goal of shooting him was obtainable. As it usually goes, just when we thought we had him figured out Larry disappeared. We had a few other bucks on our property, but most decided that "Larry" was the only buck they would hold out for. Two weeks before gun season he showed up on almost every trail camera on the property in just a week. We knew that our best chance to put our hands on those massive G-2s was to hunt him hard during the last two weeks of archery season, and it almost worked. An intense encounter ended with a disappointed hunter in the stand and "Larry" walking off at 40 yards with a doe. 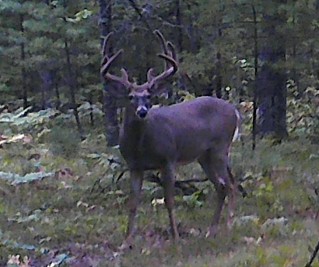 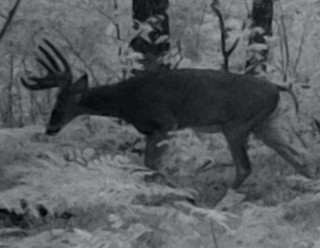 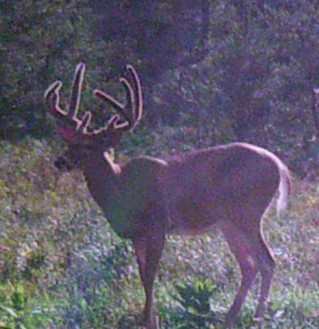 Gun season loomed, and we were told that "Larry" was popular on all of neighbor's properties as well, making us uneasy at the thought of the orange army soon headed into the woods. Larry had quickly become the talk of the area. As the sun rose on opening day of the Wisconsin 9-day gun hunt, I sat attentive and optimistic, envisioning the scenario where Larry would walk broadside into a shooting lane, but that was nothing more than a hunter's mind passing the hours of a long day on stand. Opening weekend came and went, and we had little hope he was still alive. About 9:30 Monday morning, a 270 shot rang through our river bottom. The cell towers in the area had a hard time sending all the text messages inquiring about what buck was shot and if he was down. Coincidentally the member of our camp who shot had left his phone at the camp after a few too many old fashion fueled card games the night prior. We waited on pins and needles until we finally got word that "Larry" was down. Everyone let out a sigh of relief and a fist bump of excitement from their stands. The old buck had gotten careless, trailing a hot doe that led him to his end. His last steps taken along the iconic river that runs through our property, filled with brook trout and the last stubborn leaves of the fall. 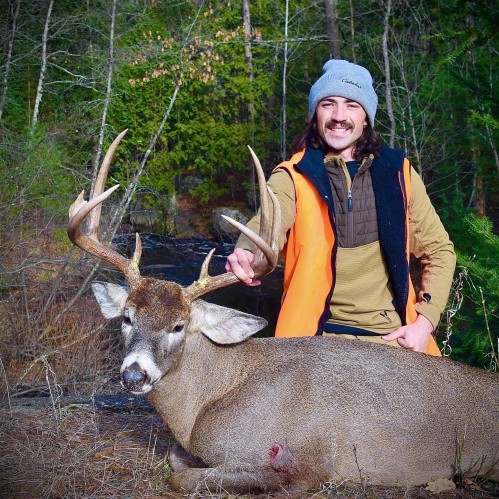 There was nothing that could keep us from leaving our stands to help in the process of getting him out of the woods. No envious thoughts crossed our minds as we congratulated the man who had put "Larry" on the ground. Smiles were abundant as we approached the body of the largest buck shot during our camps 45 year history. Pictures, laughter, and beers were shared while getting him out of the woods and back to camp. After a night of celebration and admiration of the 13-inch cigar-like G-2s and the nearly 140-inch 8-point frame, "Larry's" history was enshrined at our camp with the traditional kill shot of moonshine and a group picture. This wasn't just a trophy for the man who shot him, but for our deer camp as a whole. You won't find him in any record books, but the memories shared in the pursuit of this buck are forever engrained into the walls of our deer camp and the lasting image of his body hanging from the buck pole is one not soon forgotten. He was more than just a buck for our camp, but an indicator that large deer can be found in the northwoods, and a hopeful reminder that every buck passed during the season waiting for "Legend Larry" to walk by, could be the next deer we build memories chasing. 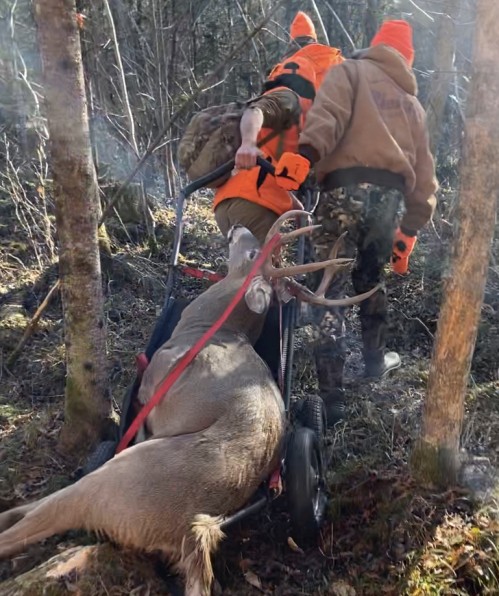 Although the Hodag Products we used throughout the season weren't his final demise, they were instrumental in keeping track and gathering information on this northwoods monarch throughout the summer and fall. Our "scent communication hubs" set up throughout our property allowed us to use multiple different setups to determine where "Larry" was living, as well as several other target bucks we had our eye on. Getting more quality pictures allowed us to get a sense about the deer's attitude, personality, and patterns. "Larry" had barely avoided our strategic attempts at him throughout archery season, but couldn't avoid a rifle bullet, a few hundred yards from the HODAG HempScent Rope he was last seen at. 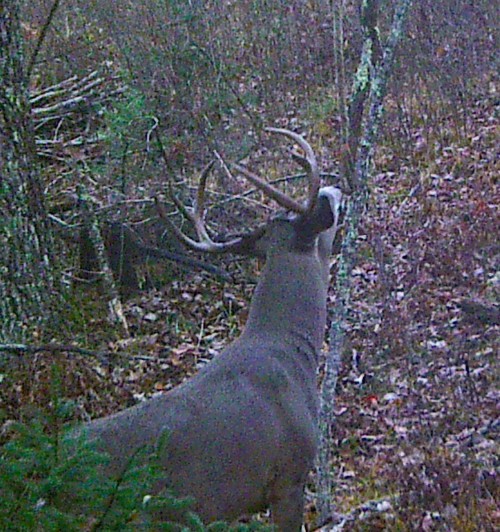 Although we didn't manage "Larry" on his journey becoming a 5.5 year old northwoods brute, we were awakened of how fun chasing a mature buck is, and the satisfaction to be had watching "shooter" bucks from years prior, walk beneath our stands. Some may scoff at the idea of our chase for an old 8-point buck, but that's the great thing about deer hunting, it's about perspective. 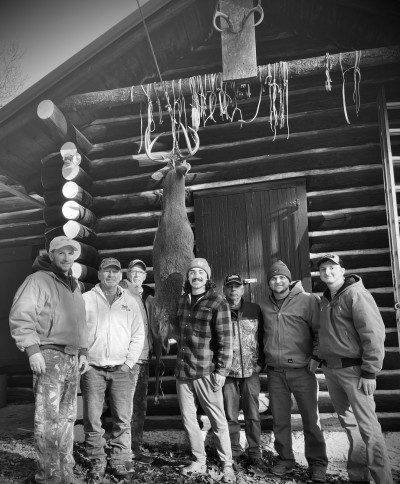 Check out all of our HODAG Prouducts: HODAG Store

What a great article that hits all the best points about hunting. Congratulations!!

Awesome and very true article. I can attest that these products are game changers in the pursuit of a mature buck.